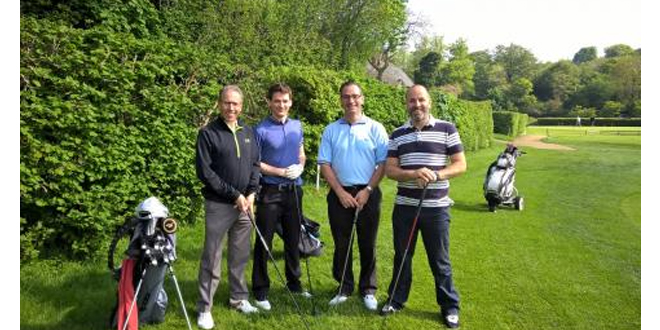 Last Friday, the 13th May whilst being unlucky for some, Ben Hicks successfully captained the calfordseaden team to victory at the Orbit Homes Charity Golf Day.

Held at the picturesque Faversham Golf Club, Ben and Paul Miller were joined by the all-star duo, Darren Welch and Nick Barnes from Jenner Contractors. Consistent and ‘percentage golf’ was the order of the day, with our team claiming victory by just 1 point. Their golf was so good, Paul Miller also won the ‘nearest the pin’ competition!

The charity golf day was held in aid of Orbit Homes’ chosen charity, Demelza who provide hospice care for children throughout the south east of England.

The whole day was hugely successful with great support from many familiar faces and names within the industry. We hope to return next year to retain our title!