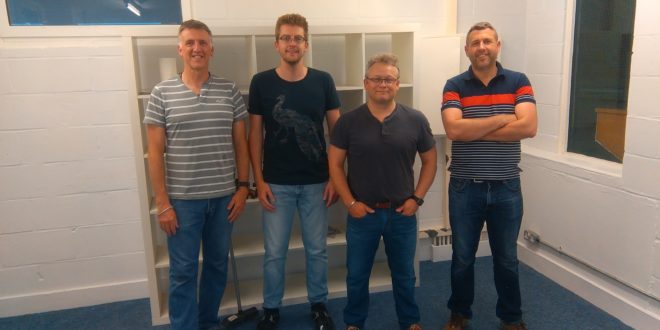 calfordseaden’s strong links to the London Borough of Islington and desire to find opportunities to give back to local communities, is the reason Guy, Alex, Darren and Julian were keen to volunteer to help restore this important building in Islington. The Toffee Park Youth Club had been the long term home to youth activities in the local area, but had sadly closed its doors in 2014, due to disrepair. Islington Council has now bought new life to the former club and restored the old building as it prepares to reopen its doors as a nursery this summer.

Our team helped with the preparations leading to the new opening, providing some much needed TLC. Guy, Alex, Darren and Julian were in charge of restoring two of the rooms, which involved removing the remnants of sticky boarding from the walls and applying a fresh coat of paint across both rooms. Their hard work has resulted in two rooms ready to be occupied by the new nursery team in the coming weeks.

Well done and thank you Guy, Alex, Darren and Julian, for all your hard (and rather messy) work, and thank you to Islington Council for letting us get involved!