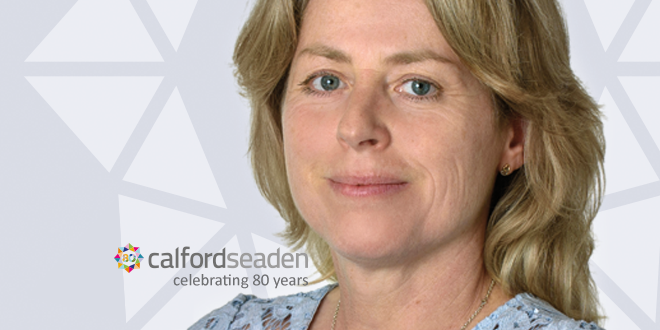 Since joining calfordseaden in 1985, Debbie Greenslade has been a vital member of our team and has experienced first-hand our tremendous growth over the past 36 years. 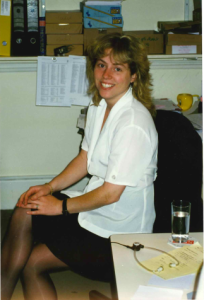 I joined the John Calford Partnership in April 1985, as an office junior. At that time, we were a Chartered Building Surveying practice, working mostly with Housing Associations on residential schemes. We operated out of an office in Catford and there were just ten members of staff.

After a couple years, with the company gradually expanding, we outgrew out the small office and relocated to a larger office in Lewisham. In 1989, our merger with Alfred E Seaden, a small Quantity Surveying consultancy in Hornchurch, was announced. Shortly after the merger, we moved to a new office in Dartford to allow more room for the expanding company.

The Practice had built up a strong portfolio of residential projects, with strong relationships with local housing associations, and were keen to expand to the commercial sector so in 1993 we brought in Geoff Clark who had a wealth of commercial experience. I worked for Geoff in the Lewisham office and went with him when he opened an office in London. Over the next couple of years, equity Partners Richard Grove and Stephen Trinder joined to maximise our commercial capabilities. Richard had worked with private commercial clients and has continued to build on those relationships, building up a strong portfolio of commercial projects. Shortly after I moved to the London office, the Kent team outgrew the Dartford office so moved to a larger space in Orpington, which is our current head office.

Despite our huge change of size, from 10 to over 300, there is no doubt that the Practice has maintained the supportive family culture. calfordseaden is so supportive of wherever you want to take your career, whether that’s going from Office Junior to Senior Secretary or Graduate Building Surveyor to Equity Partner, the opportunities are there if you show determination and are willing to work hard.

I have fond memories of my time working here over the past 36 years, and it has been great to be part of calfordseaden’s impressive journey. I look forward to making even more memories in years to come! 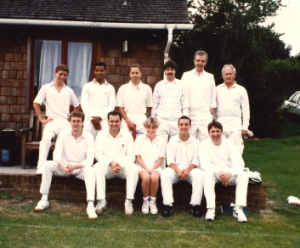 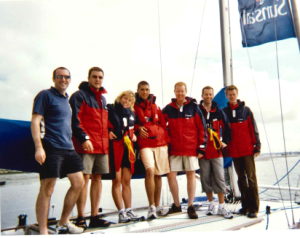