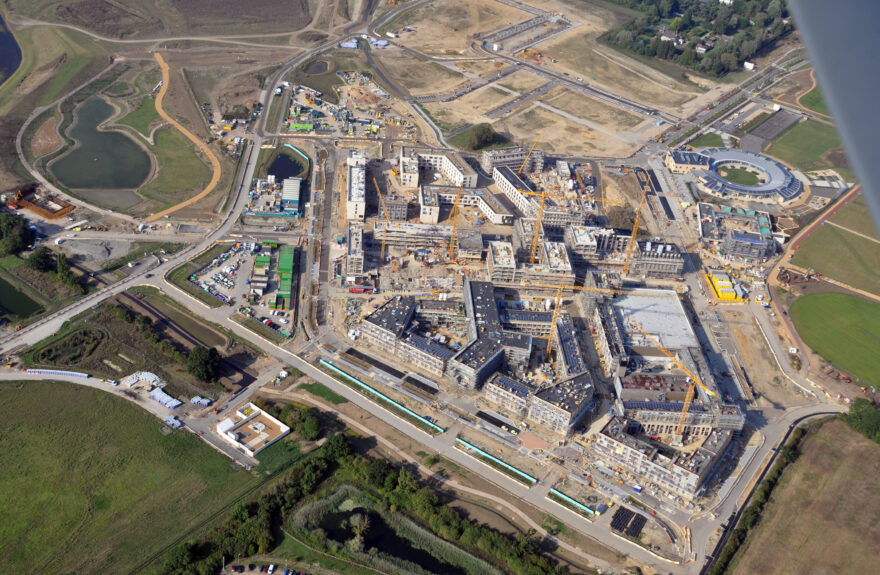 “Creating a sense of place and community from the outset”

The North West Cambridge Development (NWCD) continues to evolve every day, bringing a new community one step closer together to realising the University of Cambridge’s original vision and masterplan.

The university has appointed calfordseaden to act as NEC Supervisor on Phase 1 for both infrastructure and building construction to deliver their vision of a new district and extension to the city, centred around a mixed academic and urban community.

The University of Cambridge first started looking at ways to resolve the housing pressures facing its employees and researchers in the 1980s, when it identified a 150-hectare site just two miles away from the city centre as the best site for its most ambitious development. It recognised the need to be able to recruit and retain staff, bringing them to Cambridge to maintain its competitiveness in a global market.

With a £1 billion budget, the North West Cambridge Development is radically taking shape as it rises from what was once university-owned farmland. With 800 years of development history, but not a very extensive history of developing residential, the North West Cambridge Development is certainly different for the University of Cambridge. The university did not wish to replicate any other large scale developments; local facilities including a new primary school, shops and healthcare facilities are being provided at the very beginning. Many university staff moving into their new homes will be from outside the Cambridge area, if not the UK, so the university wants to ensure they have a community and social ecosystem to move in to and to create places where people can come together, collaborate, innovate and support the university.

Most of the North West Cambridge Development will be retained by the university, including 1,500 homes for university and college staff. They will also have 2,000 student bedrooms, which are being built alongside the local community facilities. Furthermore, there will also be 1,500 homes for private sale and the university has identified a number of developer partners for those parts of the site, the first two of which are Hill and Countryside. In addition to being the NEC Supervisor on Phase 1, calfordseaden is also leading in an advisory role to the university and consultants involved in Lot 5, encompassing 325 post-graduate student bed-spaces, the Ridgeway and the Green Corridor. The scheme pilots the University of Cambridge’s Building Information Modelling (BIM) initiative. We are providing advice to the project team in managing and documenting their BIM protocols and ensuring the university’s own set of existing Employer’s Information Requirements meet and exceed industry standards.

The University of Cambridge is fourth in the World University Rankings and a global leader in the technology and bioscience industries. This is an extremely complex, yet exciting project and we’re very proud to be part of the project team.