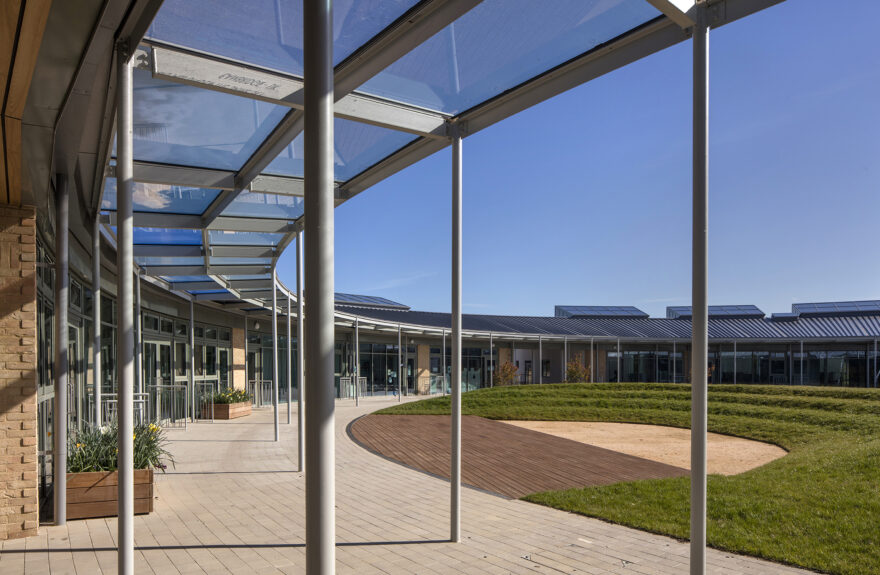 calfordseaden attended the official opening of the University of Cambridge Primary School by the University’s Vice-Chancellor, Professor Sir Leszek Borysiewicz and Chair of the School Governors, Professor John Rallison.

The ceremony took place on Monday, 26 September 2016 and included an official unveiling of a plaque to commemorate the day as part of a special school assembly led by the School’s Headteacher, James Biddulph.  The assembly included music, singing with actions (which everyone, including all project team members, had to join in with), a story, brief speeches and the launch of a new book about the school, “A University’s Challenge: Cambridge’s Primary School for the Nation” published by Cambridge University Press.

The school is the first building completed in the North West Cambridge Development. calfordseaden is providing NEC Supervisor services for the whole development and has worked closely with the client team, architect (Mark Barfield Architects), main contractor (Willmott Dixon), other consultants and sub-contractors to help deliver the school ready for its key opening dates of September 2015 and January 2016.

The school has already been well received by the local community and was awarded a ‘Highly Commended’ accolade at the Cambridge Design and Construction Awards in the Best New Building – Large category.  It has also been shortlisted for the Structural Steel Design Awards 2016.