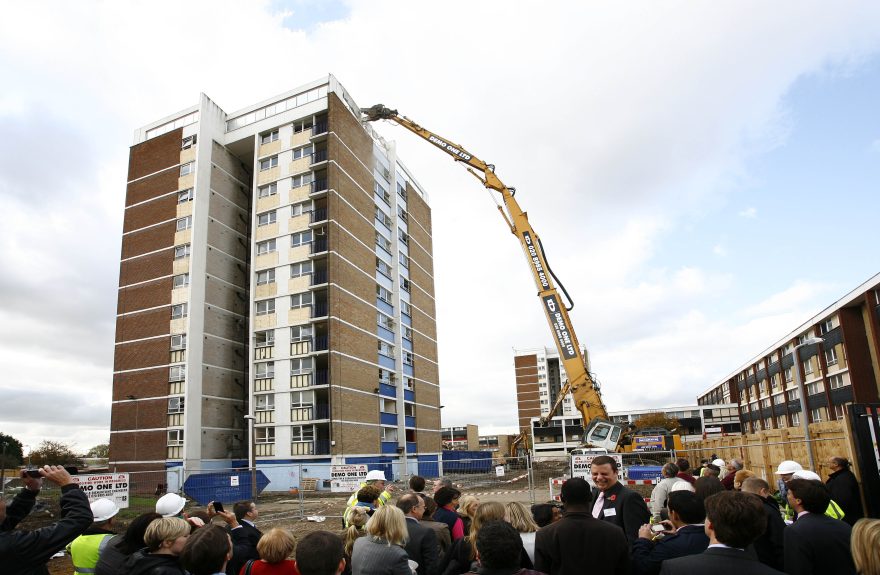 The last tower block standing in the old Mardyke Estate has been demolished.

After six years since the regeneration work began, the final tower that stood in the estate is now down leaving space for new work on the site to begin.

The Mardyke Estate was built in the 1960s and over the years had become a crime haven, and was in urgent need of redevelopment. Now, six years on and with the sixth tower now demolished, the £80 million regeneration project can begin phase three – building of more homes.

The six towers that used to house many of the estates residents aren’t the only pre-existing homes to be demolished. The majority of existing properties will be torn down and replaced with modern, high quality, low-rise homes.

The demolition will make way for the new 555 homes being built to rehome residents of Mardyke Estate, with the project due for completion in 2016.