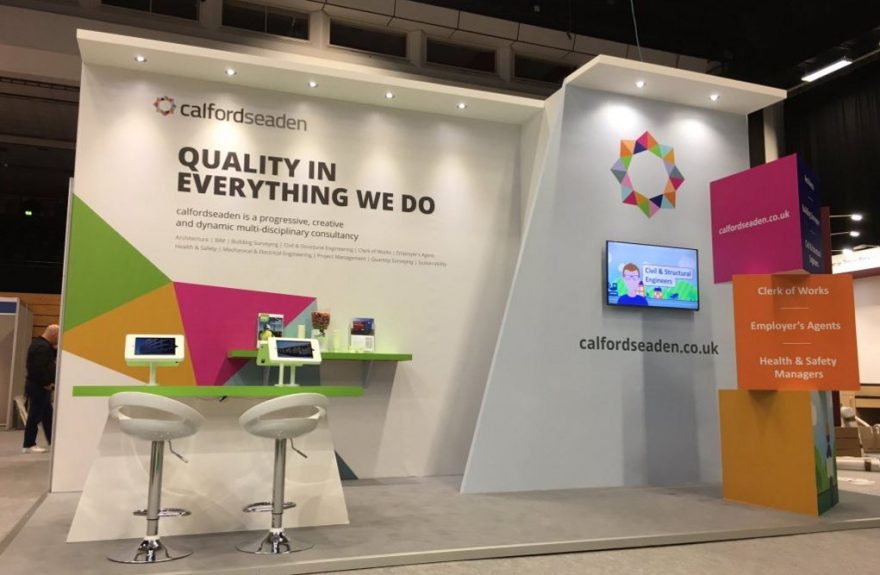 It’s hard to believe we’re already well into March and with the start of spring time comes the CIH South East Conference and Exhibition in Brighton, the largest housing conference in the region. Attracting over 1,200 people the conference is a highlight in the industry’s calendar and housing professionals from London and the South East descend on Brighton for three days of networking.

This year calfordseaden returned to the conference with one of the biggest and brightest stands in the exhibition centre, attracting a lot of attention from attendees. Our stand serves as a great anchor for old friends and new acquaintances to find and meet us to learn more about what we do.

The atmosphere in the exhibition centre was buzzing this year and the general mood in the sector from housing professionals was positive.

Numerous seminars, keynote sessions and masterclasses were hosted on all three days of the conference. Nigel Franklin and Michael Anderson attended the conference’s opening keynote that focused on 100 years of housing. This included a talk from Professor Pamela Cox from the University of Essex who gave a brief history of the involvement women have had in housing.

Angela Lemon attended a seminar on home ownership which stated that around 40-50% of the people in the country require a subsidy to help buy their first home.

On the Tuesday evening the annual calfordseaden fish and chip networking supper was held for guests from all areas of the industry. Held at the Regency Restaurant on Brighton’s sea front the event offered our guests a relaxing end to the first day of conferencing. The evening was a huge success with over 200 people attending for some late night fish and chips and a chance to make new contacts.

Wednesday is usually the busiest day of the conference and our stand was in high demand. The calfordseaden team juggled their days between working the stand to develop new relationships and attending lunches and dinners to catch up with old contacts.

Come lunchtime on Thursday the conference was virtually over. Stands were dismantled and the seagulls went back to stealing food from locals, rather than the easier to target tourists.

We would like to say a big thank you to all staff that came down to the conference, the valuable time you donated is greatly appreciated. You are the reason it was such a success!