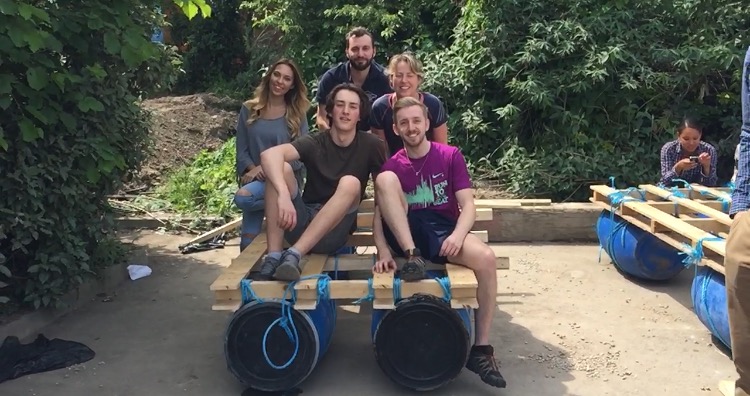 calfordseaden took part in Galliford Try’s Great Eastern Quays Raft Race charity event in June, which required teams to build a raft and race across the Quay in the quickest time possible. To construct the raft, teams were given a standard raft building kit and had two hours to complete the task.

Our teams raft building skills were pretty admirable and they successfully navigated their two team members across the Quay without either of them falling in! But unfortunately their best efforts and united team front were not enough to win and they were beaten by worthy competitors.

The event was a huge success and held in aid of CoppaFeel!, a breast cancer education and awareness charity that one of Galliford Try’s staff regularly volunteers for.