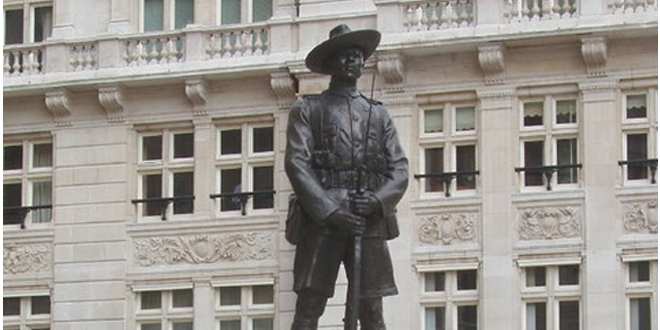 “Better to die than be a coward” is the motto of the fearless Gurkhas, whose war efforts fighting with the British Army are forever remembered by the Gurkha Memorial in Whitehall, London.

Next year will mark 200 years since the Ghurkha regiment joined forces with the British Army, and to commemorate this significant moment in history the current memorial is being rededicated to all who lost their lives fighting in the Gurkha regiment.

The original Ghurkha memorial was opened by HM the Queen in 1997, in order to remember those soldiers who gave their lives during the First and Second World Wars, as well as other battles. Since then many Ghurkha soldiers have fought in many other campaigns including Afghanistan and as of yet are not recognised by the Ghurkha Memorial that stands in Whitehall.

In order to update the Memorial, two of the four bronze plaques are being recast to represent those who gave their lives in the most recent campaigns.

Chris Rainsford worked on the memorial originally, and is again involved in recasting the plaques. The memorial will be rededicated to all those who gave their lives throughout April 2015 to mark the 200 years since they joined forces with the British Army.