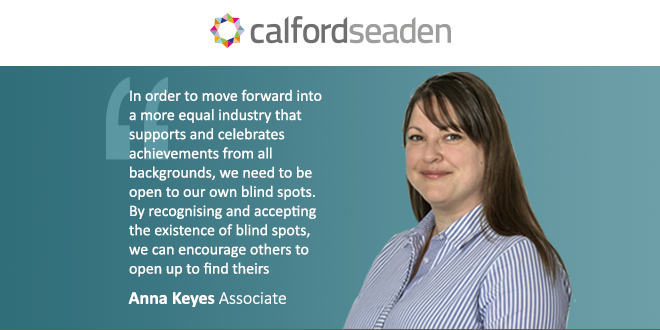 In celebration of International Women’s Day taking place Sunday 8th March, we have been reflecting on the various achievements of our team to encourage and empower individuals to start and grow a career in construction.

Associate Anna Keys was recently invited to join a panel discussion for the National Association of Women in Construction (NAWIC) National Conference at the RICS Headquarters in London. As a fully signed up member of Women in Social Housing (WISH), STEM Ambassador and previously a chair for RICS Matrics, Anna is a keen advocate for gender equality in the construction industry, encouraging women to consider a career in construction and supporting them throughout their journey.

“As an active member of many industry networking groups, I gladly welcomed the opportunity to contribute to the panel discussion at the NAWIC National Conference. The session, ‘The Value of Diversity Driven Networks’ aimed to offer interesting insights into the great benefits of professional networking within diverse groups.

Prior to the conference, I had written some notes around the positivity of women’s networking groups and I was determined that I wouldn’t need a script. Having worked in the industry for over 20 years, and participated in a number of talks, I was confident that I would know exactly what I would discuss. After all, I know how I feel – I am a supporter of women’s networking groups and believe in actively encouraging more women to the industry – that would be more than enough to get me through the panel talk, right?

I turned up to the event, clouded in a blissful confidence and observed all of the networking protocols, exchanging ideas and latest news. Eventually, I took my seat at the panel and my peaceful state of ignorant bliss was soon brought to a halt when the spotlight fell on me and I was asked to share my thoughts on ‘Blind Spots.’ I was completely unprepared, unscripted and mostly uncomfortable! My mind scrambled, trying to think of the right answer. It was then that I realised, I didn’t have nor was I expected to provide an ‘answer.’ As the name suggests, we are often blind to these personal traits that make up our blind spots and unfortunately may affect the way we act and react.

So, instead of trying to come up with an answer, I decided to discuss my own personal experience. While I hope that I have never been subject to unconscious bias, I can admit that at the start of my career, I was certainly ignorant of different backgrounds. It wasn’t until I started working as a surveyor, building new homes for Housing Associations and interacting with residents, clients, contractors from all backgrounds that I truly discovered that we do not all see life through the same eyes. Upon revealing this to the audience, I was convinced that I had said the wrong thing and offended everyone in the room with my frank honesty. However, it had the opposite effect and opened up the discussion for the audience to share stories of their own experiences of blind spots. A common experience among the audience was situations where blind spots manifest as unconscious gender bias in the workplace. Of course, given that the discussion was taking place at a women’s networking event, gender blind spots was a key factor to discuss and gender bias was a shared experience among us. However, it is important to recognise that ‘blind spots’ can take many forms including, but not limited to, gender, race, age, sexuality, class, disability, religion and culture.

My biggest takeaway from this experience was that, to move forward into a more equal industry that supports and celebrates achievements from all backgrounds, we are not expected to provide answers or solutions but rather be open to our own blind spots. By recognising and accepting the existence of blind spots, we can encourage others to open up and find theirs.”