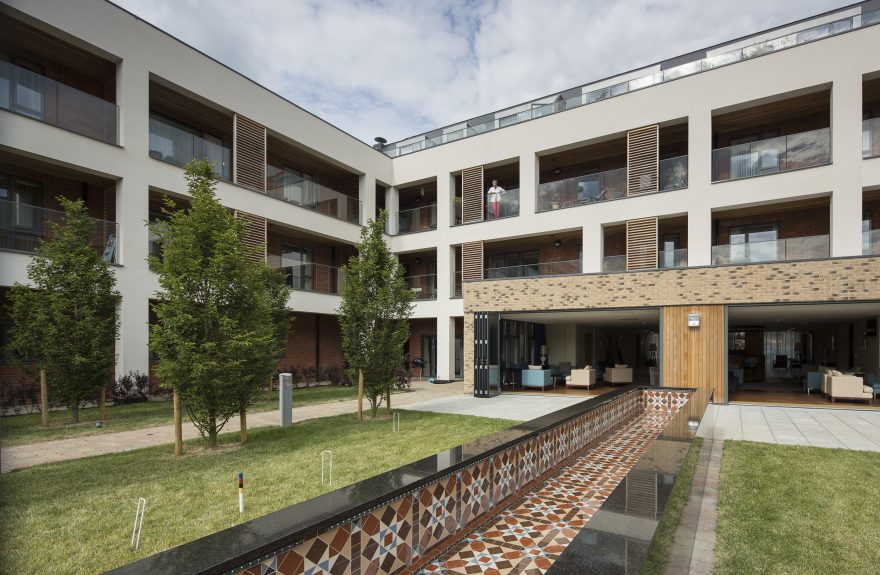 calfordseaden are proud to see the official opening of St Bede’s house, after working with Orbit Group as Employer’s Agent and M&E Consultant to provide independent living, with care.

The scheme was managed and developed by Orbit Group and was officially opened by their Chair, Baroness Tessa Blackstone on Tuesday 2nd December. This project is the first of its kind in the area, and has won many awards since it’s conception, including the HAPPI Housing Design Award (2011) and most recently CIH’s Housing Development of the Year Award (October 2014).

St Bede’s provides 104, one and two bedroom apartments and includes a vast range of communal facilities that will enable the residents to remain independent within their own homes. The scheme also allows for onsite care if and when required.

The opening of the scheme was marked by the arrival of the winning sculpture, chosen by the resident’s of St Bede’s. The competition was held with Bedford College, and recieved many entries from students. The winning design by Bedford College art student, Nicola Westcar is now displayed in one of the project’s communal gardens

St Bede’s has been well received by the residents as well as the local community. Barroness Tess Blackstone commented “St Bede’s is a prime example of how older people can remain living in their own home, accessing support as they need it, and be surrounded by a community that they know.”