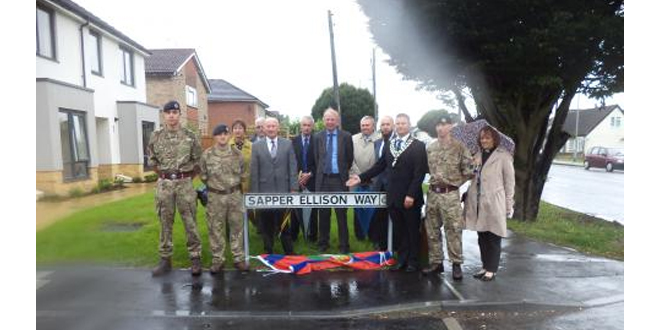 calfordseaden was appointed as Employer’s Agent, CDMC and Principal Designer on this scheme, which will provide 9 new homes for the local community.

The new street was named after Sapper Ellison, the first Benfleet man to die in the First World War. As well as having a street named in his honour, Sapper Ellison’s medals will be on permanent display in the Castle Point Council offices.

Despite the rain, the ceremony was well attended and the Mayor of Castle Point, Cllr. Steven Cole, was in attendance to officially name the street. Also in attendance were three representatives from the Royal Engineers, to witness the naming ceremony.