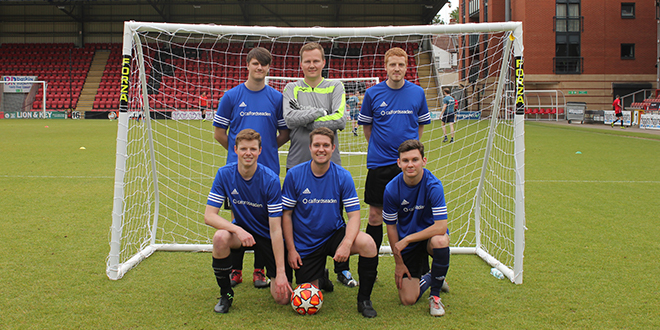 Our team started strongly in the group stage, winning four and drawing one of its five matches without conceding a goal. The winning streak propelled them to the top of the group and into the knockout stages.

The quarter finals proved tough and saw the team come up against the tournament’s eventual winners, Basildon Council, who narrowly scraped a 1-0 victory before going on to lift the trophy.

The big winner of the day was Swan Foyers, a supported housing scheme for young adults aged 16-25. The charity football tournament raised over £2,000 for the Foyers’ Basildon and Romford residences.

Read more about our commitment to giving back.