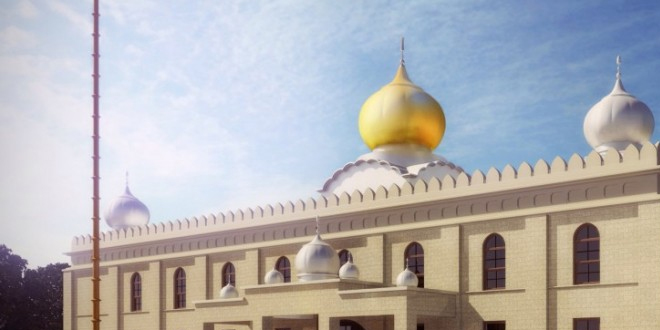 The Glasgow Gurdwara opened its doors for the first time this weekend after 10 years of planning and six years of building. calfordseaden was appointed as architects on this huge project, following on from our previous appointment as architects on the Sri Guru Nanak Darbar Gurdwara in Gravesend.

The new Gurdwara has been a long time coming, with the £8 million required for construction raised entirely by the local community. Sixty per cent of the funds came from donations made by the congregation with the remainder coming from the local non-Sikh community, in support of the new Gurdwara.

The building took six years to construct and to achieve an authentic look almost all of the materials used were sourced from India, including the stonework and marble flooring.

An estimated 20,000 Sikhs live in Scotland, most of them in the Glasgow area. Along with providing space for worship, the new Gurdwara offers classrooms, a library, an office and a ceremonial pool and is open to the general public outside of times of worship.