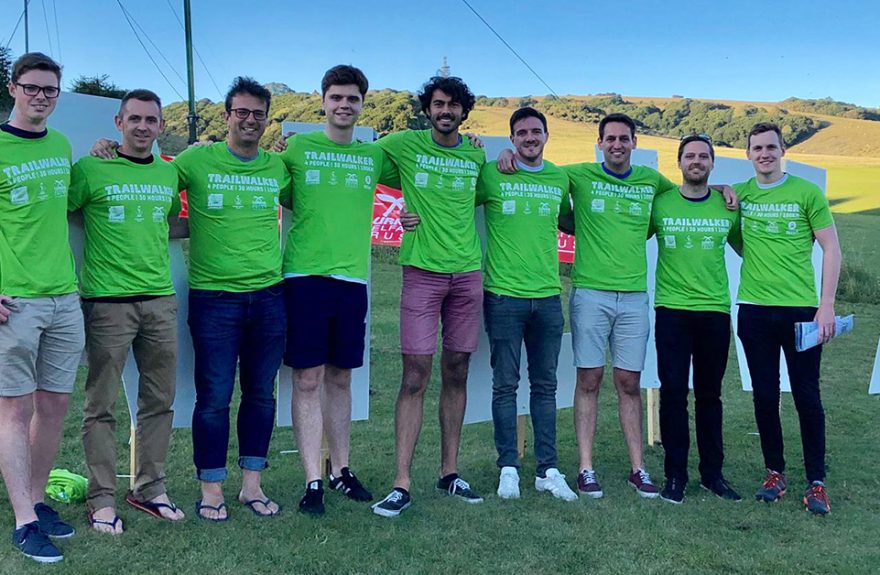 Twelve intrepid calfordseaden volunteers tackled Trailwalker UK, one of the country’s toughest team endurance challenges. Originally introduced as a Gurkha training exercise in Hong Kong, the challenge has morphed into an annual fundraising event in support of Oxfam and The Gurkha Welfare Trust.

Our three teams – from our Cambridge, London, Southend and Winchester offices – set out in high spirits early on Saturday 21st September in a bid to trek 100km across the South Downs in under 30 hours. Armed with a route map and the lofty ambition of completing the challenge in under 25 hours, the teams steamed through the first three checkpoints with pep in their step.

Nearing checkpoint four, the harsher terrain started to take its toll on our participants’ feet. Spurred on by a medley of disco hits and football commentary, they continued onward as darkness set in. The next leg required the highest levels of mental endurance as decreased visibility and the difficulties of navigating in the dark dampened team spirits. By checkpoint seven, three of our team members had withdrawn, stopped in their tracks by troublesome blisters and injuries.

Three brilliant calfordseaden volunteers made up our support teams, supplying food and hot flannels, dressing wounds and keeping morale high at various checkpoints along the way.

At 12.30am, our teams set off on the longest section of the walk as the rain set in. With roughly 24km left, the end was in sight, despite the darkness. Battling the injuries, pain and sheer exhaustion endured along the course, our teams hobbled over the finish line after 28 hours and 38 minutes.

Participant Paul Gough said: “This was without a doubt the most mentally challenging and draining event I have undertaken. I have run four marathons and whilst they are more physically demanding, Trailwalker was by far the harder challenge.”

The mental and physical effort put into the challenge was all for a good cause. The combined fundraising drive of the three teams saw them raise £5,472.65 (and counting), pushing them well over their initial £4,200 target. All in all, the event raised £886,675 for charity. Well done team!