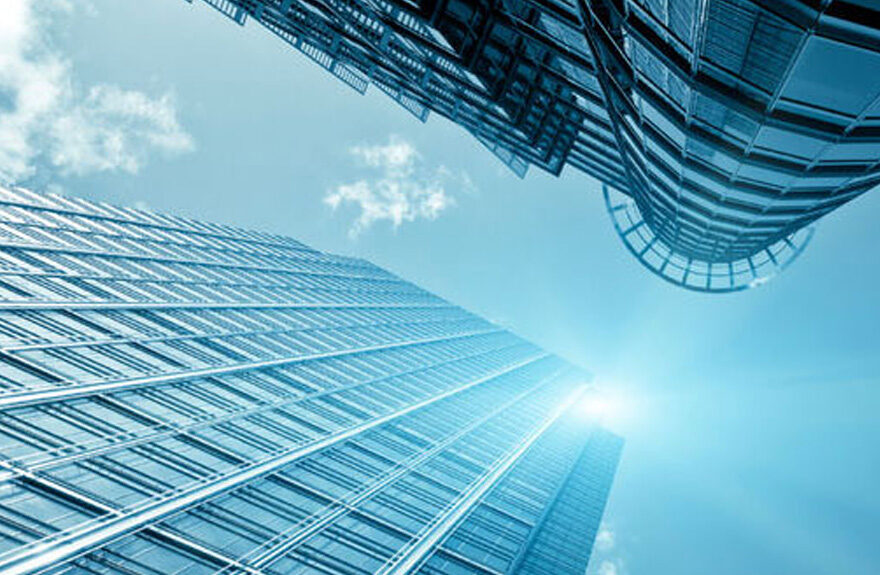 A Right of Light (or Right to Light) is a legal easement giving a property owner the right to enjoy the light passing over somebody else’s land and through defined aperture.

While rights to light have existed for many years, they have become increasingly important as the drive for more housing leads to higher buildings, rooftop extensions and brownfield infill schemes. Although the intricacies of legislation are best handled by an experienced consultant, knowledge of the basic premises of Rights to Light is beneficial for all housing and property professionals. Read on to find out more.

A right to light is an easement and constitutes the right to receive what is considered to be an adequate amount of light. No rule of law is used to assess this right, but cases are generally reviewed using the 50:50 rule which is widely accepted throughout the industry and in courts of law. The 50:50 rule states that a room is considered to be adequately lit if half of the room receives direct light from a specified proportion of the sky. While residential and commercial spaces are treated in slightly different ways, the principles remain the same.

Typically, a building that has been standing for 20 years can be assumed to have a right to light over neighbouring land. This right can also exist as a grant, either expressly or by implication. This factor which is dependent on the transactional history between two neighbouring plots of land.

Daylight and sunlight for planning

Rights to light are civil, privately enforceable rights that fall under the law of nuisance. They do not form part of the planning process, and are solely the concern of one landowner over another.

By comparison, daylight and sunlight assessments relate to the planning process. Whilst not mandatory, Local Planning Authorities often request that developers submit a daylight-sunlight assessment as part of a planning application. This assesses the impact of a scheme on neighbouring daylight, and the amount of daylight within the proposed units.

A crucial difference between rights to light and daylight-sunlight is that rights to light can be applicable to any room, including bathrooms, garages and stairwells. Whereas the planning process is only concerned with habitable rooms (namely kitchens, living rooms and bedrooms) and, less frequently, some non-residential spaces.

The Building Research Establishment 2011 publication entitled ‘Site Layout Planning for Daylight and Sunlight’ sets out related guidelines. These prescribe certain thresholds which allow assessors to gauge whether a development is causing detrimental harm to neighbouring daylight or sunlight. They also detail targets related to the amount of daylight and sunlight within a proposed scheme.

Rights to light assessments utilise sophisticated methodology and equipment. Topographic and measured surveys of the development site and surrounding buildings are undertaken, although access to the latter isn’t required. On larger sites, this is most commonly done using a laser scan. Using the data collected, surveyors can compare the light levels in neighbouring properties pre- and post-development.

Another method commonly utilised is a safe envelope study, also known as a ‘jelly mould’ or constraints plan. This is a 3D drawing which causes no actionable interference with neighbouring light levels and therefore demonstrates the areas of a site which are of the greatest sensitivity, as well as the areas which have the greatest potential to be developed.

The services of a Rights of Light consultant or assessor can be highly beneficial to any party whose development may alter the amount of light received in neighbouring buildings. Ideally, consultants should be brought in at the start of the project when the design is still underway. At this stage, the consultant will be able to inform the design team of the constraints around the site, indicate where the biggest risks lie and highlight areas which can maximize development of the site.

Infringements and losing a right to light

A landowner whose right of light is infringed may sue the developer in court, either under application for an injunction to be awarded against the proposal or for damages in lieu. More commonly, the dispute is settled before it reaches that stage. Developers should never assume the probability of ‘buying out’ a neighbouring right.

In some instances, a right to light can be lost. A right acquired under the Prescription Act may be lost if it is interrupted for a year. Rights can also be lost where the owner has abandoned their right, such as instances where openings have been filled in. Other circumstances where rights may be lost include unity of ownership and agreement between the two parties. Rights may also be appropriated under Section 203 of the Housing and Planning Act 2016. This would still involve payment of compensation to the owner of the right but enables a development to proceed without the threat of injunction.

Rights of light in practice: A case study

Our team was appointed by a developer to provide rights of light services for a London-based scheme. Demolition of the developer’s site had taken place in preparation for the construction of a new building. The building next to the site was owned by a bank on a freehold basis and by a third party on a head-leasehold basis. All parties had rights over our client’s site and objected to the development, with the intention to settle the dispute in court. Our team was able to mediate between all stakeholders and settle with the bank, allowing construction to proceed.

We also worked to resolve conflicts over neighbourly matters (party walls and oversailing licences) that had arisen between the developer and neighbouring units around the site. As the client had taken out an insurance policy against Rights of Light claims, the neighbourly matters had to be carefully managed to prevent invalidation of the insurance policy and costly delays in the construction schedule.

For more information on our Rights of Light services, please contact Peter Spence.