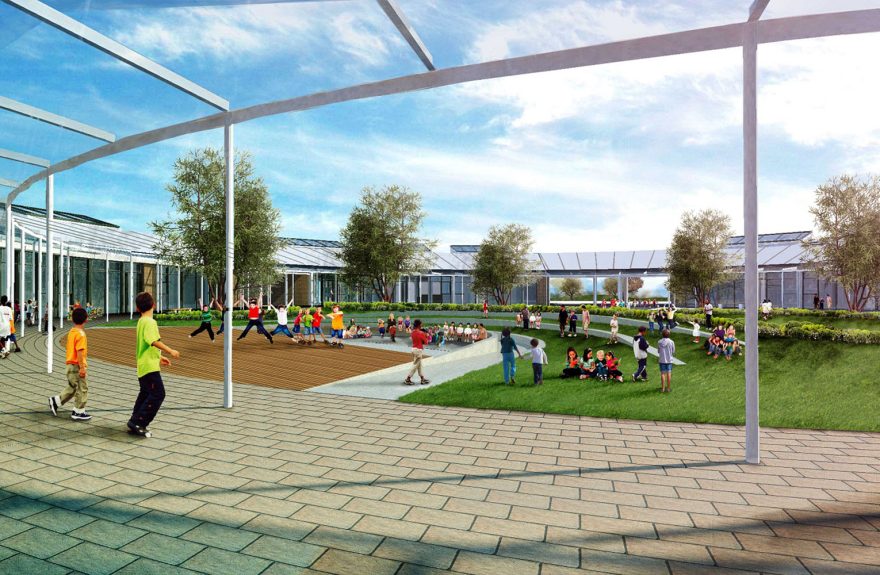 The University of Cambridge Primary School has been awarded a ‘Highly Commended’ accolade at this year’s Cambridge Design and Construction Awards in the Best New Building – Large category.

calfordseaden has been providing NEC Supervisor for this project since 2014.

A spokesperson for the Cambridge Design and Construction Awards judging panel stated: “The school was deemed worthy of a commendation for design in terms of its organisation of teaching spaces and dedication to learning. The judges were delighted with the joyful building and its rich landscape.”

Ben Furr, Partner at calfordseaden attended the awards and noted that the competition was fiercely high, due to the quality of current projects in Cambridge.

The school is the first building to be completed on the North West Cambridge site and opened in September 2015 to its first set of students, aged 4-6. Designed by Marks Barfield Architects, the building features a curved design with space for large classrooms and breakout areas.