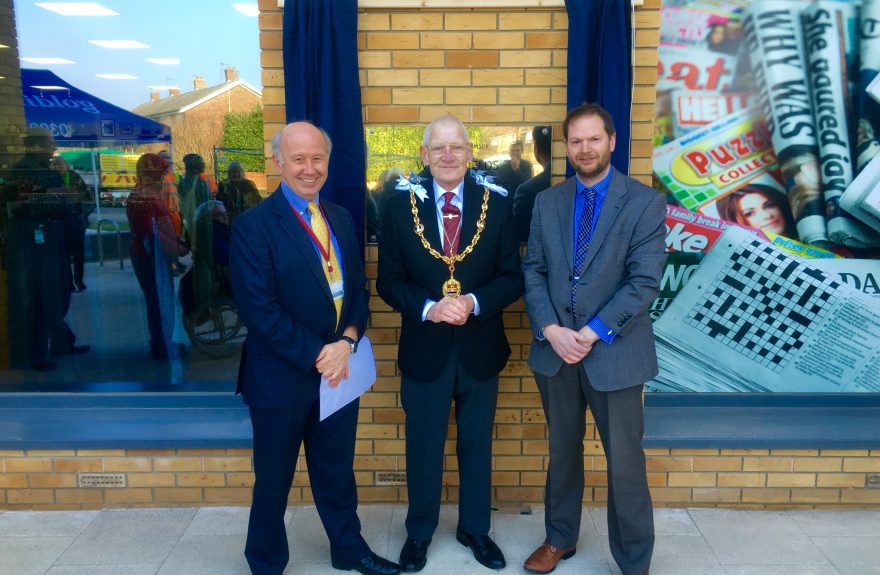 The opening ceremony for Phases 1 and 2 of the Wallis Fields development took place yesterday with the Mayor of Maidstone in attendance to officially open the scheme, which is part of the Park Wood regeneration plan in Maidstone.

With Golding Homes staff members, board members and numerous other stakeholders present, the Mayor of Maidstone, Daniel Moriarty noted that Golding Homes had not only met the targets they had set for themselves, but far surpassed them.

The opening ceremony was a significant day for Golding Homes as it witnessed the handover of their 1000th new build dwelling and the 1000th family that now has a home because of Golding Homes and their partners, such as calfordseaden.

Approximately 12 years ago the Maidstone Housing Trust (now Golding Homes) was formed with the pledge to revive Maidstone’s old housing stock through a programme of refurbishment and redevelopment.

calfordseaden was appointed to provide employer’s agent, clerk of works and CDM services for the construction of 146 homes and 13 commercial units at Wallis Fields. This, together with a further 56 residential units and two commercial units scheduled to be built during the third and final phase, will see the scheme become Golding Homes’ biggest development to date. Chris Blundell Director of Development and Commercial Services at Golding Homes reserved special thanks for calfordseaden in what has been a challenging yet rewarding build.

The scheme has been well received, by local residents of Park Wood and partner stakeholders alike. This is attributed to the unique design providing Park Wood with a new identity. The quality and feel of the build was noted by all who undertook a tour on the day.