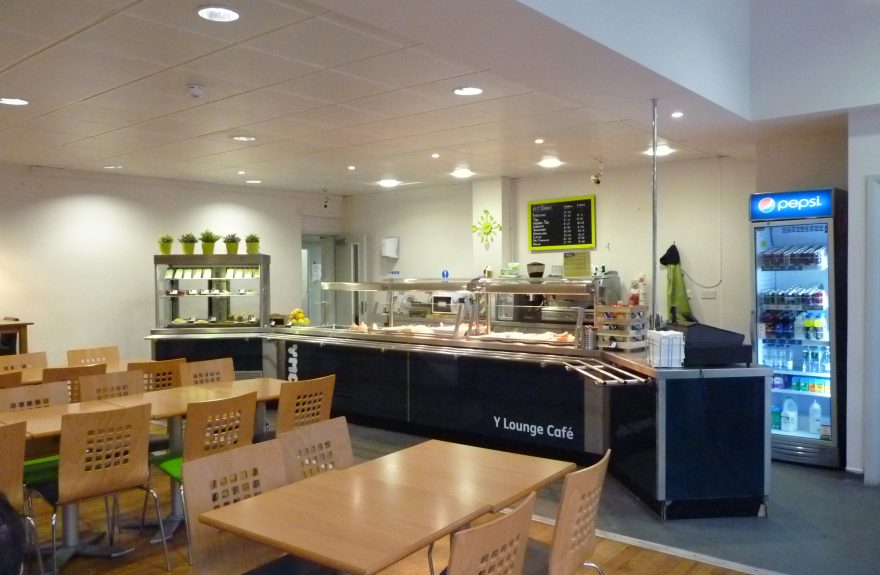 The overall design of the project was to create 151 rooms with en-suites readily available for rent for people who would otherwise be homeless. Alongside this, our architects were tasked with refreshing the building’s image as well as the YMCA’s by providing a space that is open to the public and local residents.

The refurbishment removed the communal bathrooms which previously were used by up to eight people at one time. To accommodate the new room designs with en-suite facilities, reductions in the size of most rooms were made. The number of units however was increased, due to a five storey tower extension to the original building.

The accommodation is divided between cluster flats of five rooms with a communal kitchen, and self-contained studio apartments with their own kitchen and bathroom facilities included.

Reinforcing the YMCA’s image as an ‘open to all’ organisation, the offices and reception area were combined to make them feel less institutional and increase efficiency. This was achieved through lowering the counter and removing the existing screens, reconfiguring the desk layout and ensuring the reception desk faced the entrance. Similarly, the existing cafe was modernised and fitted with a glazed openable elevation which faces the street.

The YMCA in West London also houses a nursery. As part of calfordseaden’s design work, the nursery on site was refurbished to improve the use of the space as well as the security and access to the nursery. Refurbishment work was also carried out externally, providing an alternative play area. From these alterations made to the nursery, the number of places offered has increased from 26 places to 47.