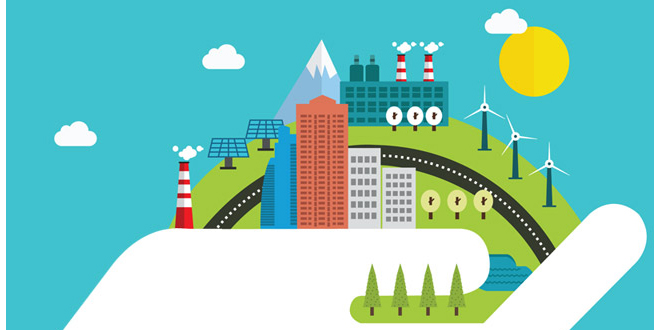 This Supplementary Planning Guidance states:
‘Zero carbon’ homes are homes forming part of major development applications where the residential element of the application achieves at least a 35 per cent reduction in regulated carbon dioxide emissions (beyond Part L 2013) on-site (in line with policy 2.5B). The remaining regulated carbon dioxide emissions, to 100 per cent, are to be off-set through a cash in lieu contribution to the relevant Borough to be ring fenced to secure delivery of carbon dioxide savings elsewhere (in line with policy 5.2 E).

In line with previous increases in the London Plan carbon dioxide targets and improvements ‘zero carbon’ housing will be implemented for from 1st October 2016. The technical implementation of this policy is to remain in line with the energy hierarchy and importantly a 35% reduction beyond Part L 2013 is still expected before the cash in lieu is applied.

Christopher Marien, one of calfordseaden’s Mechanical & Electrical Associates, commented “After achieving a 35% reduction beyond Part L 2013, the ‘cash in lieu’ zero carbon fund will result in a typical additional cost in the region of £1,200 – £3,200 per property (subject to dwelling size and emission rating). Developers, contractors and their professional consultants will need to apply these costs to project feasibility and weigh up the economic, environmental and social benefits of spending the money onsite to further reduce onsite emissions and to the potential benefit residents; or achieve only the minimum emission reductions onsite and pay a larger zero carbon contribution”.

Shortly before Boris Johnson handed over the mantle to Sadiq Khan, the former Mayor of London published the Housing Supplementary Planning Guidance – London Plan 2016 Implementation Framework. This Guidance was developed at a time of significant change in the national approach to housing and planning, including the Housing and Planning Bill which will have important implications for how affordable housing is planned in London.

One aspect of the Guidance in particular caught the attention of Christopher Marien, “This Guidance introduces  ‘zero carbon’ housing for major schemes from the 1st October 2016 and introduces ‘cash in lieu contribution’ for the remaining regulated carbon dioxide emissions”.

The Plan has always included a Policy strategy to deliver zero carbon homes by 2016 through timed incremental increases to the minimum onsite carbon dioxide emissions reduction.

Three step energy hieracrchy:
The Plan outlines an energy hierarchy to guide developers on how design measures and technologies should be prioritised to deliver emissions savings in new developments and meet the minimum carbon dioxide emission reduction as required by Policy 5.2. The hierarchy consists of the following steps:

Step 1: Be Lean: Use Less Energy
By seeking to minimise the carbon dioxide emissions of a development through minimising energy consumption during its construction and occupation; e.g. high thermal performance materials, low air permeability, making use of solar gains.

Step 2: Be Clean: Supply Energy Efficiently
By seeking to supply the expected energy demands of a development as efficiently as possible; e.g. connect to / create heat networks with CHP.

Step 3: Be Green: Use Renewable Energy
By incorporating renewable energy technologies in developments.

For further information and guidance on ‘zero carbon’ homes defined under this Housing Supplementary Planning Guidance, contact Christopher Marien, Associate on 01689 888 222 or cmarien@calfordseaden.com